Alice Ananian
Alice moved from Washington, DC in July 2011 and is currently the Content Coordinator at the AUA. Passionate about all things Armenia from extraordinary adventures to every day life, she enjoys capturing the country from different perspectives.
9 Common Customs & Superstitions in Armenia

If you’ve ever felt comforted by the sound of water splashing behind you as you take your luggage out to the car, you’ll know what I’m talking about. Like any country, Armenia has its customs that make up the subtleties of our daily lives. Some superstitions find their way into our mannerisms so stealthily we often forget their meaning. However, in the spirit of knowing what we do and why, below is a list of common practices you’re likely to see in Armenia, ranging from international to more local/regional flavors.

Knocking on Wood
Knocking on wood is considered standard practice in many countries and is just as prevalent in Armenia. It’s typically used to avoid tempting fate after making a favourable or positive observation or declaration concerning someone's death or other unfavorable situation beyond their control. 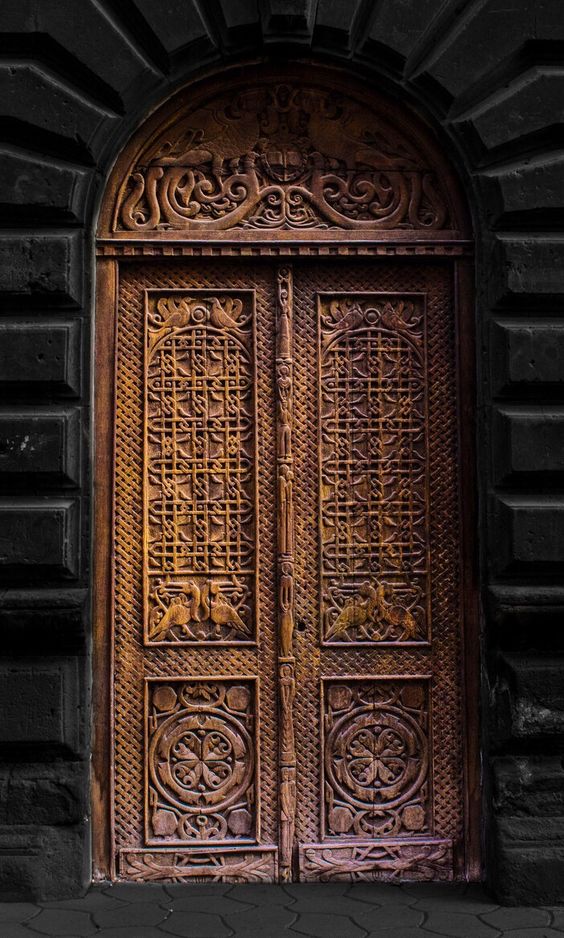 (If a beautiful rustic door like this is out of reach, a good ol’ table top will do just fine.)

The Evil Eye
This superstition has a regional prevalence and extends to many Mediterranean and Asian cultures. The evil eye or char atchk is a curse believed to be cast by a malevolent glare, usually given to a person when they aren’t looking. To deter the ensuing misfortune or injury, we carry talismans, charms or even pinch the person we believe to be the victim of such an ill-meaning gaze. 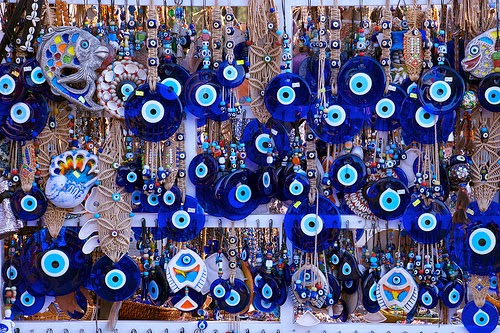 In conversation, if you feel someone has been “given the evil eye” you might say “atchkov en tvel.” (Fair warning: If you’re referring to yourself, pinching may follow.)

The Tailor’s Taboo
The list of superstitions among seamstresses and tailors is probably longer than the thread itself, but having several costumes home-sewn in Armenia there’s one that strikes me the most. 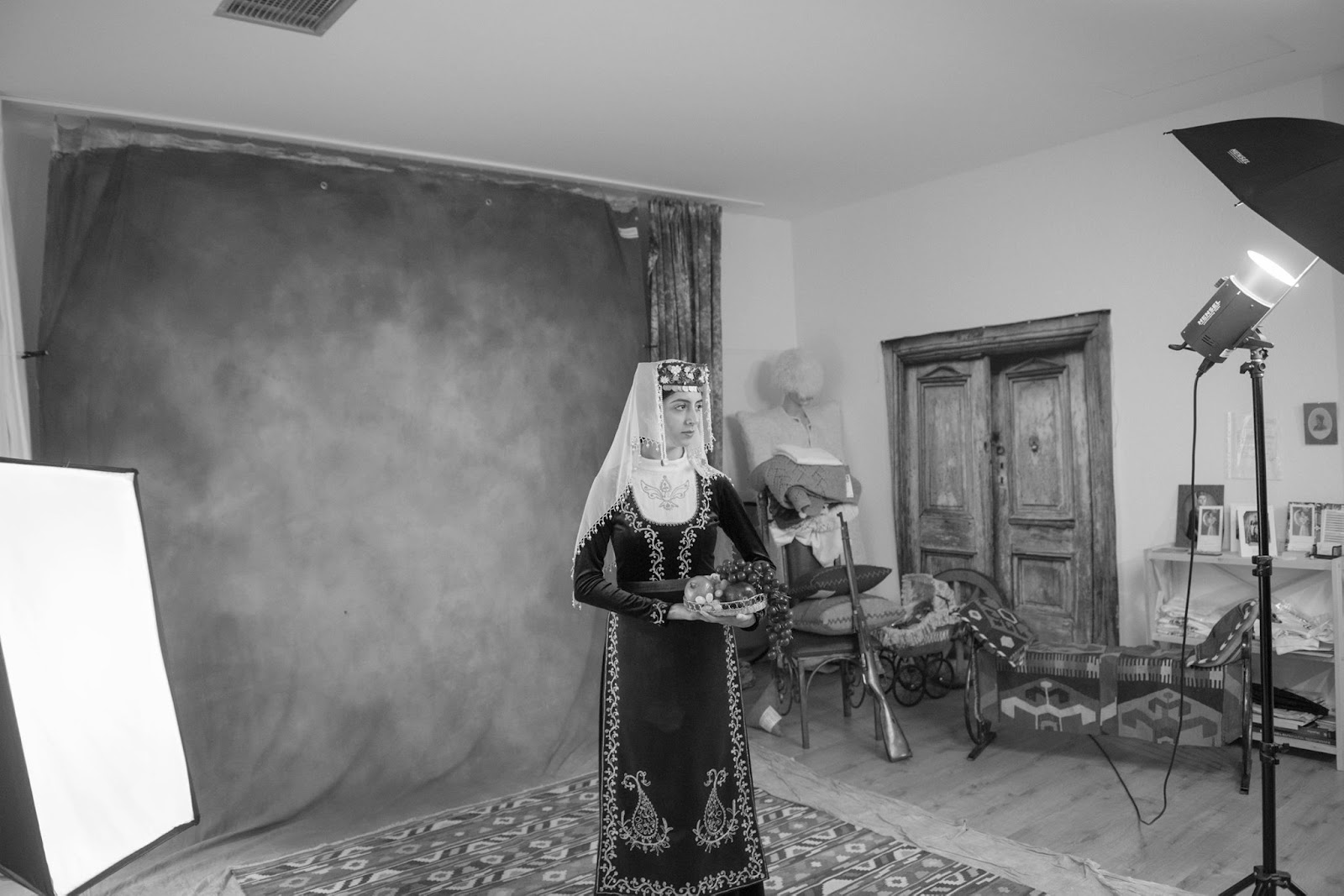 Sewing a garment while wearing it is considered bad luck. There’s a risk you might “sew your memory short”. So if you absolutely must make a quick alteration, be sure to bite down on a piece of red thread to fend off the negative side effects.

Crossing out Spilled Salt
Spilling salt is considered to be a bad omen and one that is foretelling of a fight. To negate supposed effects, you’ll probably see people literally crossing it out since the cross is a sign of peace. Crisis averted! 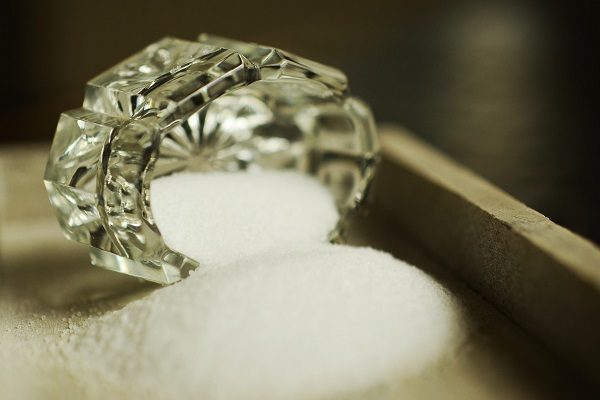 Cleaning up at night
Whether its making a path across with a broom, taking out the trash, or even shaking crumbs off the tablecloth, Armenians are among those who don’t believe in cleaning up after dark. “Tan ghsmatd ktapes”, meaning you’ll throw out your wealth. Arguably, the superstition can be traced back to its logical roots when there was no electricity, and people avoided sweeping floors in the dim light because they might inadvertently sweep out fallen valuables. 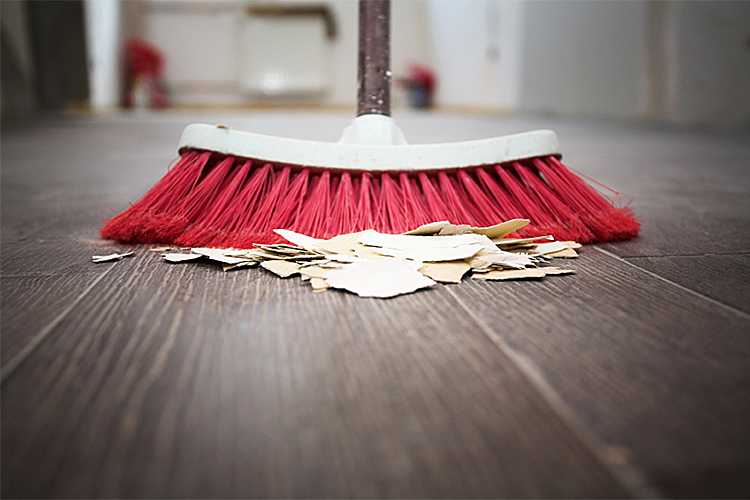 Consequently, we’ve come to avoid all activities that require cleaning up at night.
Sure, there’s electricity nowadays, but inevitably we all think twice before ignoring the set policy.

Itchy Palms
Across different cultures there seems to be a consensus that itchy palms mean money or financial dealings. In Armenia, an itchy left palm is indicative of money to be paid out, while an itching right palm means money coming in. 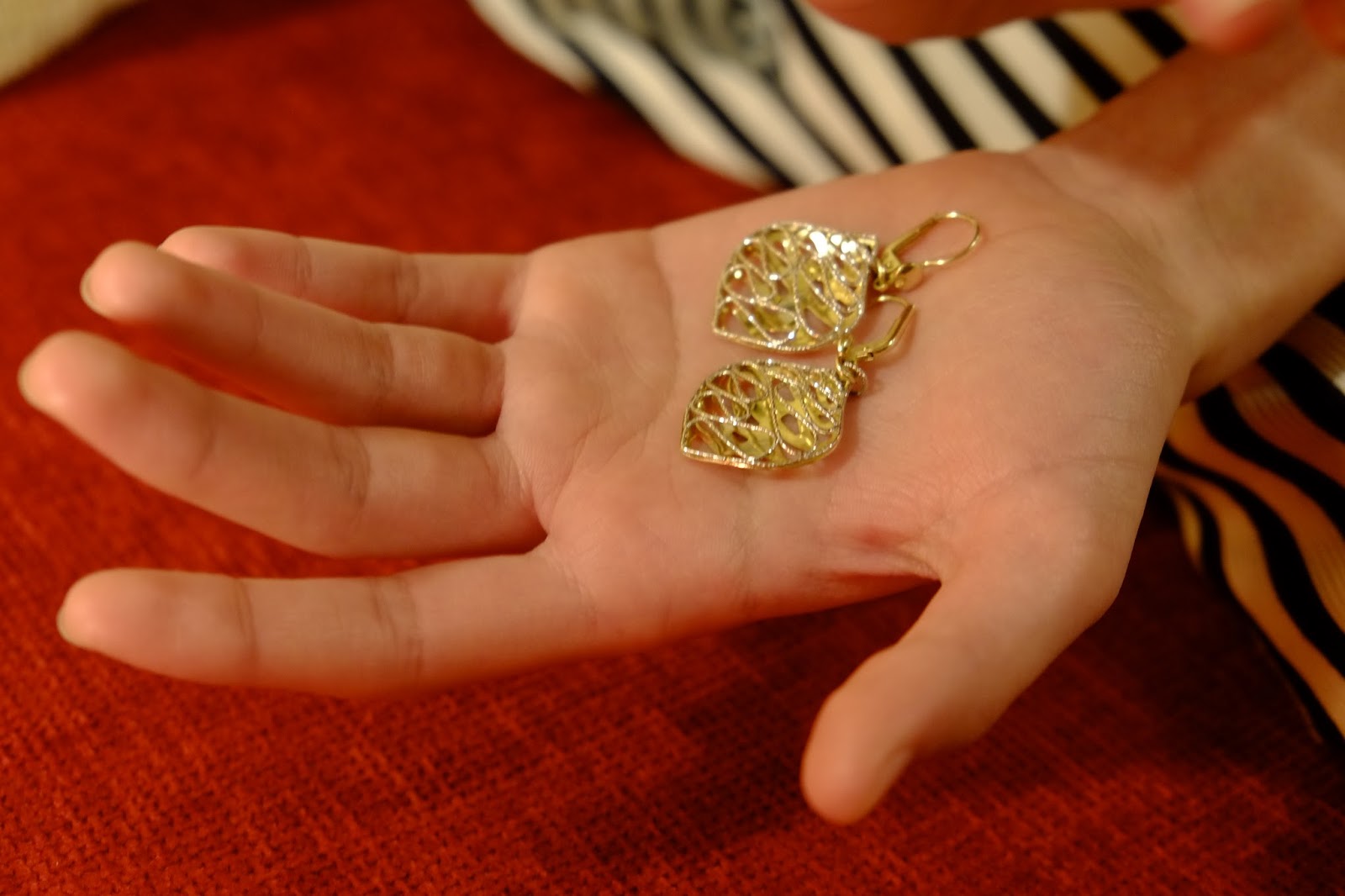 If you have a yogini among friends, you may have heard that itching palms often show new internal energy moving through our hands– the left hand is the passive or receptive, and the right is the active. So when the left palm itches, we look for new energy or services coming into our lives, which probably will cost us some money. The right palm itching means energy or services going out or work you might get paid for.

Passing Knives or Scissors
Of course, there’s a common-sense reason why care should be taken when handing someone sharp instruments, but that’s not all. When a pair or scissors or knife is being passed from one person to another it's customary to place it on the table first and let the other person pick it up, so as to avoid any conflicts or arguments.

Also in the cutlery department, dropped silverware means “company’s coming!” If it’s a knife – a man; a fork or spoon – a woman.

Burning Khung
Frankincense, or khung, is often associated with church and burned at several points throughout the patarag or any major event. Burning khung is seen as an offering, similar to the offering of prayer and the rising smoke represents the prayer ascending to heaven. During the Home Blessing, incense is customarily burned to symbolize the burning of our souls with the Lord's love. 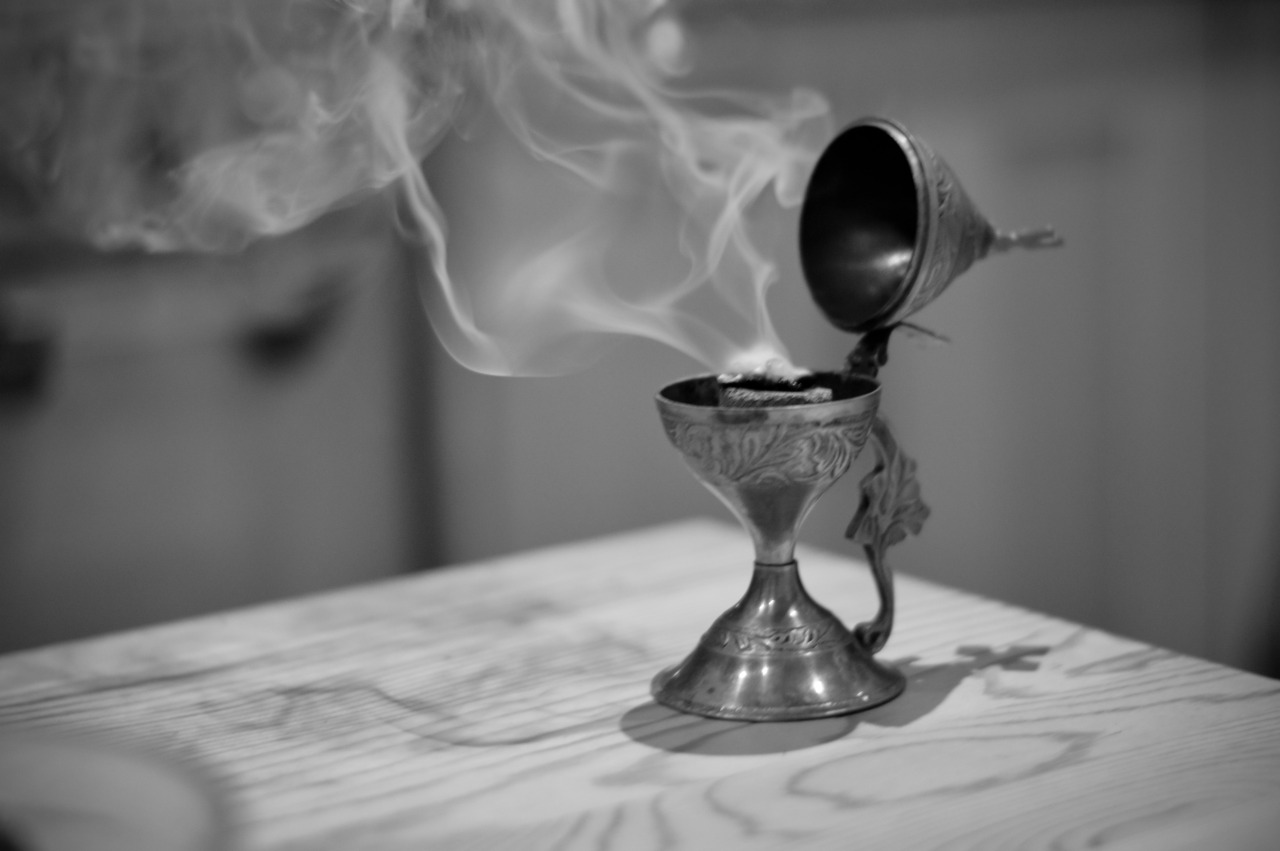 However, khung isn’t necessarily limited to formal settings. Many people keep a pouch at home and light a portion every so often to cleanse and bless their house.

Splashing Water
When someone leaves the house for travel or important events, like the first day of a new job or joining the army, those who stay behind usually splash some water behind the person as they leave. This means good luck, and in case of a travel that all the things in the person’s journey will run as smoothly as the flow of water. 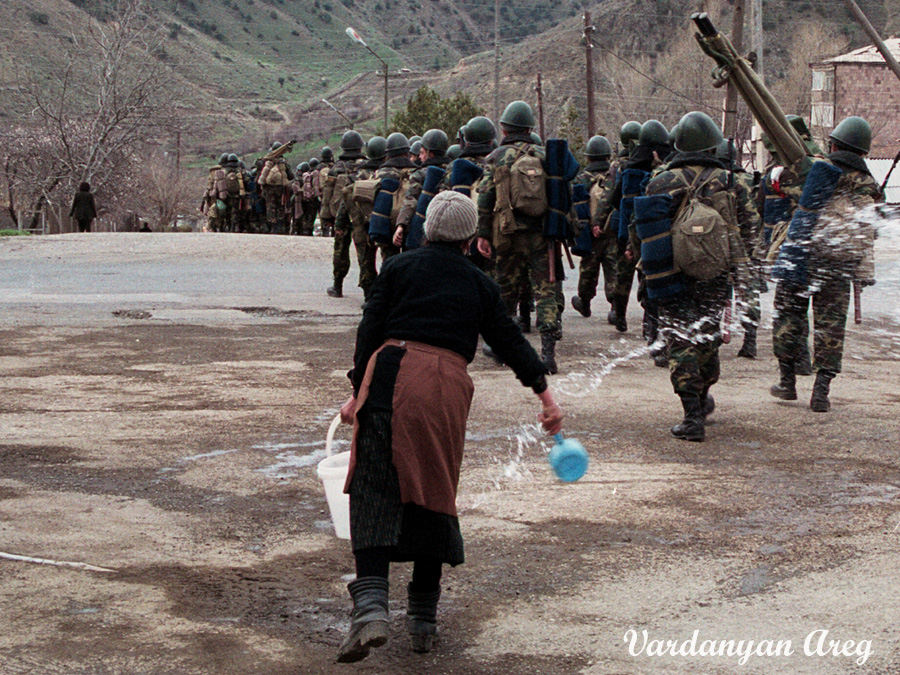 If you’ve ever had to catch a redeye out of Zvartnots Airport, chances are you’re familiar with this practice. Whether you leave for long distance travel or for a day jam-packed with meetings, it’s nice to hear that splash and know there’s someone waiting for you when you return.

Want to connect with Armenia but don’t know where to start? See all the different ways below and get engaged!
Study Support Visit Volunteer Invest REPATRIATE Live