Currently working at Aragil Online Marketing, Vahan Manjigian has been in Armenia since September of 2014, having moved from Kessab, Syria. Before arriving, he was a management student, who later transferred to Yerevan State University of Economics. It was not something Vahan had actively thought about, however, despite considering Armenia his motherland as he states in his interview.

“My parents were the ones who told me I should move; one of my sisters had already come a few months earlier. The other initially planned to move, but won’t be in the near future, I believe.”

Considering the family is from Kessab, one of the oldest Armenian settlements in the region despite it being a part of Syria these days, it is still considered his homeland. This is a duality that exists for most Armenians from the Western regions. “Whereas Armenia itself is considered the motherland, the other place you come from is your de facto fatherland; in my case, this is Syria.”
Vahan was in love with Armenia during his first week here, especially in the center of Yerevan. As he began to see more and more of the country, however, there was a shock factor to be considered and the love began to wane somewhat. Armenians from the diaspora have very different ideas of what the homeland would look like, and Vahan was no exception. “They know very little, for the most part, about what the current situation is, relying mostly on news media, and are most concerned with Artsakh’s status.” He had expected a place that was much cleaner than it is and more developed overall. This was simply his own imagination’s machinations though, based on his visit back in 2000

“I’m glad no one was telling me stories about Armenia because everyone who seems to want to tell the stories only focuses on the negative, it seems.” It was unexpected for Vahan to see people spit on the streets, to eat sunflower seeds and throw the shells on the ground, as well as similar other unsavory behaviors. On the other hand, the Armenian signs you see everywhere, the knowledge that the country is yours and has been yours for thousands of years, and everything else in that spectrum only added to the love he felt. When asked about specifics, Vahan recalls that the local hospitality is unparalleled, while how can one not love some of the colloquial endearments and common sayings? “Dzavt Tanem” for example, translates to “let me take your pain away.”
Vahan’s love of Armenia encompasses the small behaviors as well, such as the closeness of neighbors and their friendliness. So much intelligence flows from all, young and old, as well as creativity and innovative thoughts. These are all factors for keeping his rooted in place. 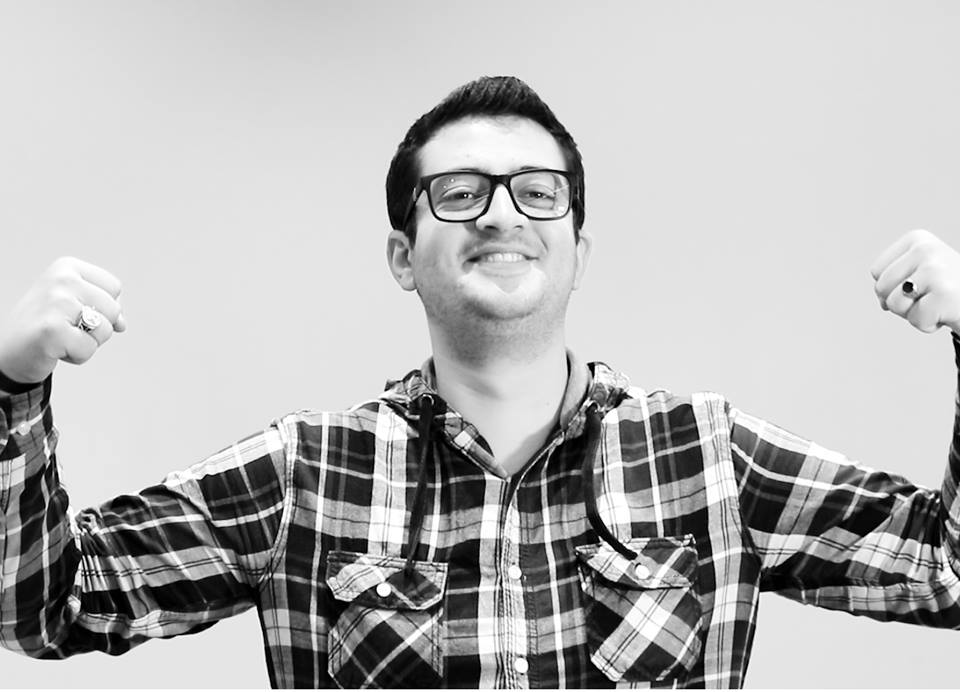 The diaspora’s engagement with Armenia is nearly nonexistent. That certainly is something that annoys and frustrates many, including Vahan.

“We should not be in the diaspora for all our lives; there has to be some plan to move to Armenia at some point. Of course, the diaspora is a huge asset and source of great strength, but an Armenian is only Armenian on Armenian soil.”

One of the benefits of living in Armenia is not having to fight to keep your identity, something that the diaspora does not always succeed in; however, you still need to work hard to excel in your language and culture, something that is on par with the struggle the diaspora has. Just because you study throughout your school years in Armenian does not ensure you will graduate with a strong grasp on the lexicon and language intricacies.
Looking to Vahan’s local experiences, one of the hardest things you face in Armenia is the problem of overcoming the stereotypes your accent brings forth. For most people, that might have negative connotations, such as for those with a Karabakh dialect, but sometimes for Syrian-Armenians it can have the opposite effect. There are some locals who refuse to take your money for their honest work, citing  your potential losses due to war as reason for doing it all for free. This is not always the case, of course, and the negativity that exists because of one’s accent can become very frustrating to work with.
“In Armenia, even locals treat each other differently if they come across an accent not from their locality. For me though, it doesn’t matter if the person doesn’t even speak Armenian. They can speak only Turkish for all I care. An Armenian is an Armenian. Even those from Azerbaijan or the secret Armenians who have converted to Islam are Armenians. Just because someone is different doesn't mean they are any less an Armenian than you.” It would be better if we could all let go of the less-than-exemplary parts of our culture and revive that which has been lost. “I wish we could be better connected with that which defines us. While some may think reading about your history and culture is something to do in your spare time, I think it is as important as air and water.”

NO ONE KNOWS WHAT THE FUTURE WILL BRING

When it comes to Vahan’s future in Armenia, it has only become brighter of late. The revolution in of itself was good news, while his job with Aragil has cemented his move for the time being. Though learning programming on the side, it is a slow process that doesn’t have much of his focus these days since it is not all that necessary for now. That might be simply because he is quite happy with his online marketing position at the moment. However, nothing is certain and set in stone. No one knows what the future will bring. Though, in his own words, even if he ends of working abroad for some time, his roots will always be in Armenia. For his children, raising them here would be a plus, but he simply wants to ensure they study an Armenian free of Russian, Persian and Turkish words. If he could, he’d love to see everyone learning and speaking in Grabar. Alas, that is a dream not likely to come true.

The future of Armenia herself is wholly based on change that comes from the bottom up, in Vahan’s opinion. While the Velvet Revolution did help to some degree, it is the populace itself that must make the change within itself. Changing a government changes much, but at the end of the day, we are what make up the country.

“If the country is not a country, as we say so often, then we are as much to blame as anyone else. We must not litter, throw the trash in bins, and all those small things, alongside the larger corruption we are often a part of as well. If we make the right decisions ourselves, the country will be great as well.”

The revolution woke up something in the youth, however, which brings to mind some wise words - If you want to know the future of a country, look to its youth. The light has been seen at the end of the tunnel and hopefully we get there without too many obstacles along the way. Concerning Vahan’s advice to the diaspora` he encourages being active in engaging with Armenia instead of merely coming here as a tourist, not just through online media but in physical form as well.
Interview by Rima Yeghiazarian
Written by Tamar Najarian