Armenian by Birth
Karaberd - Bringing the Diaspora Back to Rural Armenia 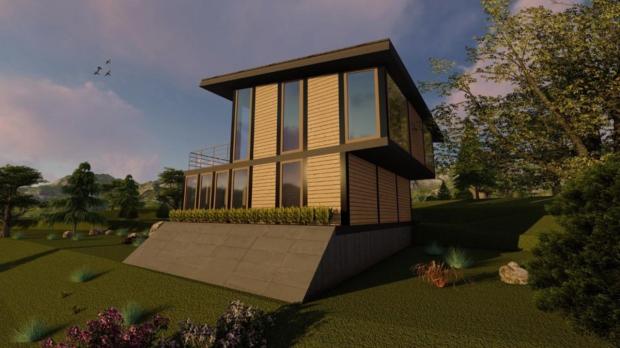 The Karaberd House is a project implemented by five Armenians who met when volunteering in the motherland. Vatche Daghlian, a repat from Lebanon, is one of the people behind it. Read more about the project here.
Repat Armenia: Before jumping into the project, tell us a little about yourself, where you’re from, what kind of connections you had with Armenia before moving here?
Vatche Daghlian: I come from a village in Lebanon called Anjar. The area is entirely populated by Armenians who came from Musaler. Anjar is such a unique place for someone to grow up in—we have our very own dialect, Armenian school, tight-knit community, and everything in between. I honestly cannot complain.
Like every other diasporan, Armenia held a special place in our hearts. Naturally, we learned about the country’s history at school, we were taught about Armenian literary giants, and we even had school trips planned every few years. The connection was and still is there—you can’t deny it.
But school trips weren’t enough for me to get to know Armenia on another level. I wanted to do something more with my life, so I read about Birthright Armenia and thought it was an awesome way to do exactly that. I worked for a couple of months, saved money, and caught the soonest flight to Yerevan. 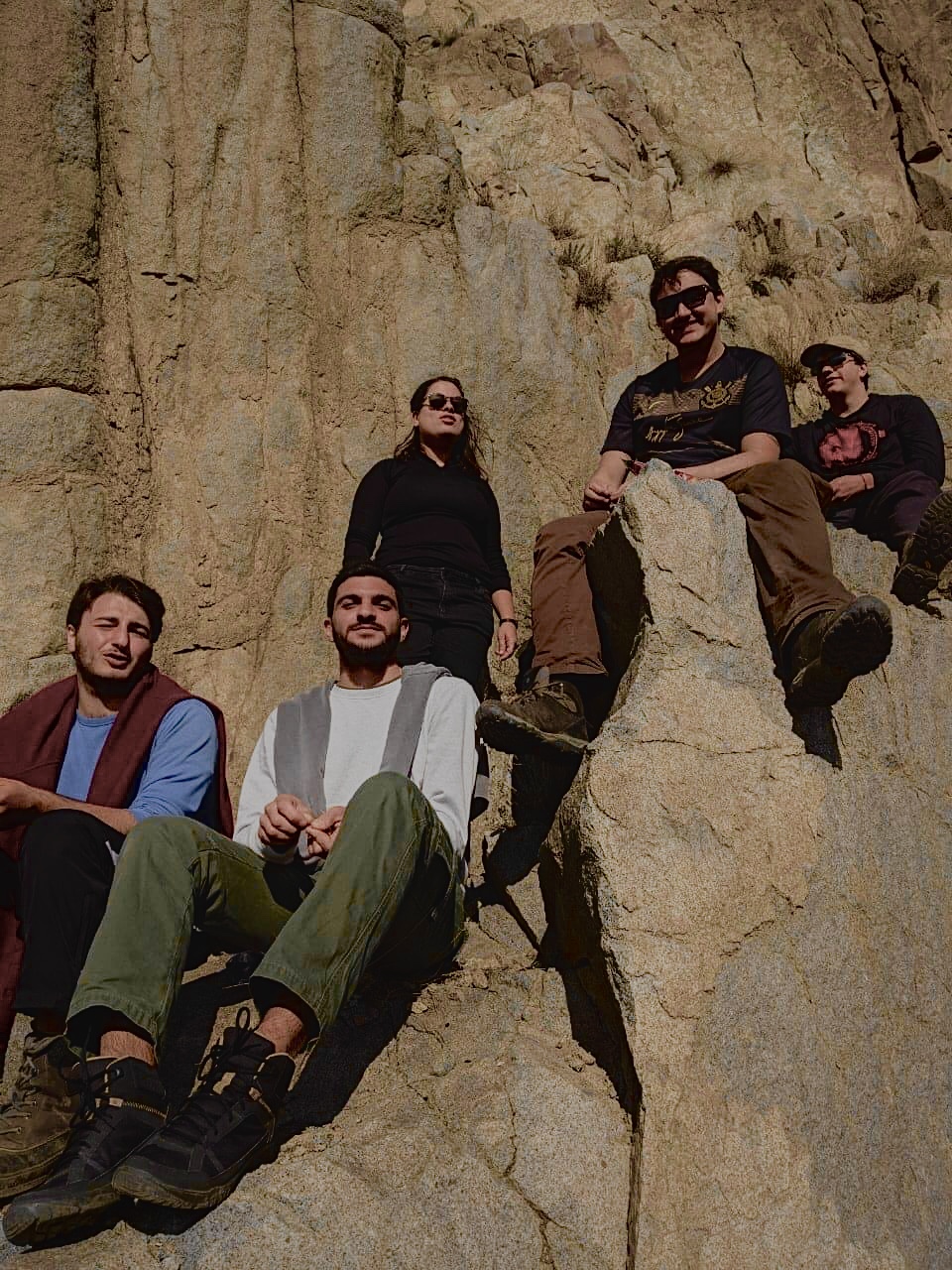 Q: How was your experience with the Birthright Armenia? Were your expectations met?

A: It was a life-changing experience. I met my best friend through the program, I got to live and work in Gyumri, and I was exposed to a new side of Armenia. During this time, my friends and I had the chance to go on road trips, backpacking, and hitchhiking adventures all over the country. One of those places was Karaberd, a ghost town in Lori. We found a house there and decided to buy it, because why not? So now, the five of us—Haig Terzian, Garo Matossian, Hovsep Sarafyan, Carl Melkonian—owned a house in a ghost town. How cool is that?

Q: Why did you decide to buy a house in Karaberd? And why specifically Karaberd?

Naturally, the house is not in perfect condition. It’s in dire need of reconstruction. It’s not really a livable place, so no one would actually want to visit. So we thought: “How do we get people to come here?” The best answer we came up with—the Karaberd house gets to be theirs too. 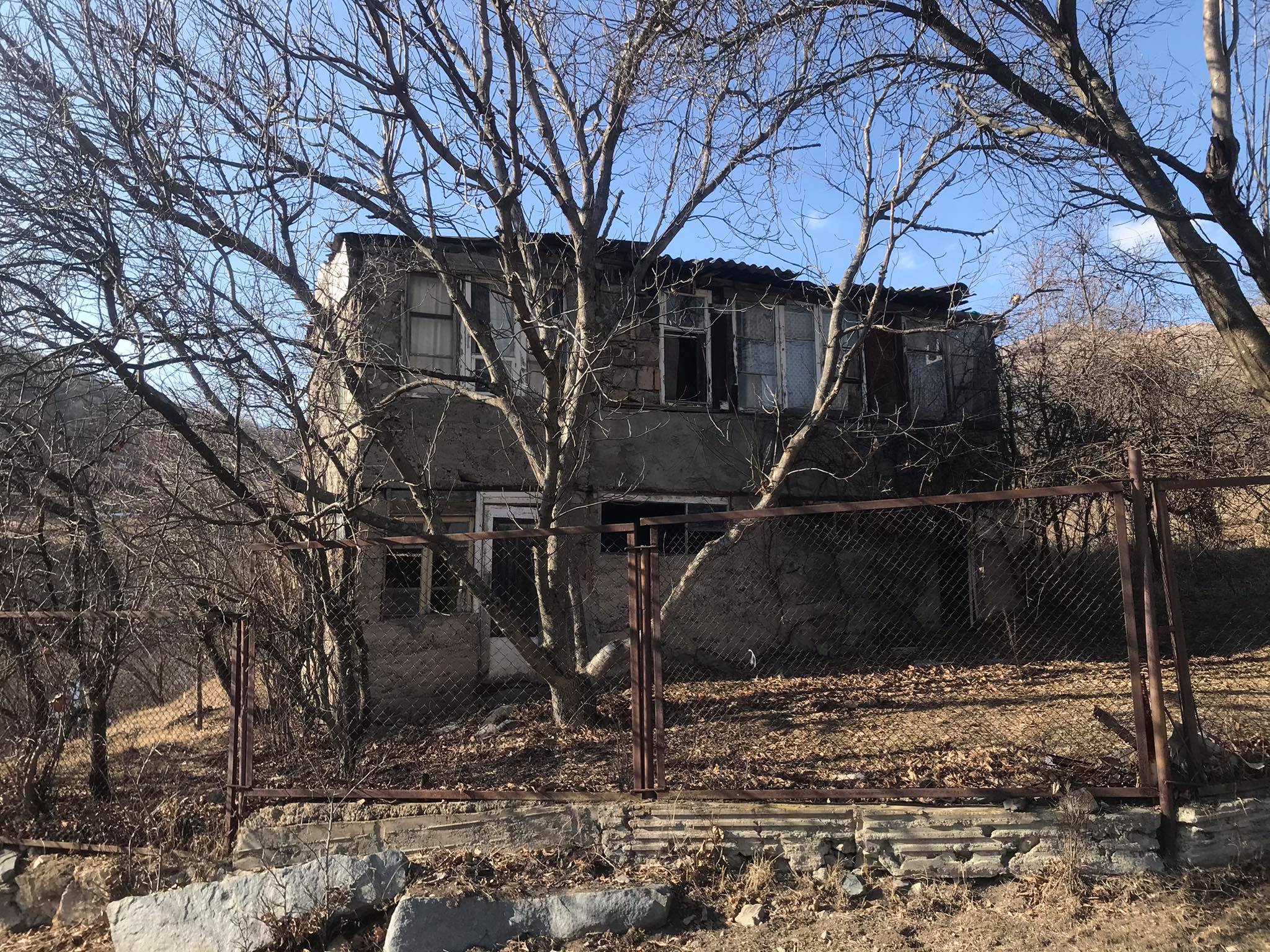 Q: How do people get to become owners of the Karaberd house? How does it all work?

A: Technically, it’s legally impossible for a single house to have hundreds of owners, but at the same time, we wanted to build a community. So we came up with a new strategy. We switched the word “owner” with “occupant”. Occupants are people who donate a minimum of $250 and get full access to the Karaberd house. Being an occupant means you get to stay at the house whenever you want, as long as you want, for as many times as you want. It’s all yours.

A: Our initial reason for buying the house in Karaberd was to have somewhere to stay in Armenia. Since everyone goes to the same tourist attractions, we wanted somewhere sans crowds—somewhere that’s not overcrowded, somewhere that’s not typical. Karaberd was the definition of exactly that. The house in Karaberd came with a lovely garden. Fruit saplings and walnut trees added to the scenery—the garden itself was a cool camping spot; something the five of us enjoyed. Coming here was quite the experience for us. We were completely isolated from the hustle and bustle. We were one with nature.

Q: How did you come up with the idea of the project you’re currently working on? How did you go from owning a house to wanting to share it with others?

A: 2020 was a rough year for us all, but especially for people in Artsakh. I had the privilege to work there for 8 months. I lived in Yeritsvank—which is located in Kashatagh—for almost a year in agriculture. We grew vegetables, built a hut, and did our best to contribute to the local community. During this time, the house in Karaberd was unoccupied. None of us were using it; it was just there.

Unfortunately, the war changed everything. We had to leave behind 8 months of hard work. 8 months of growing produce, 8 months of building a community, and 8 months of having a new home—all gone in a matter of days. Devastating is a weak word to describe it all. If I felt like this by staying in Yeritsvank for less than a year, just imagine what the locals felt like…

Many people I knew were hopeless and for good reason. We lost lands, we lost a part of our home, our identity. Now, we had to preserve and maintain what we have left. And what did we still have? Karaberd, of course.

Since neither of us was actually living there, we thought to ourselves why keep this place hidden? Why not make something out of it? Why not rebuild a community in a town that’s slowly being forgotten? Why not bring glory back to Armenia? One solitary house has the power to do that. 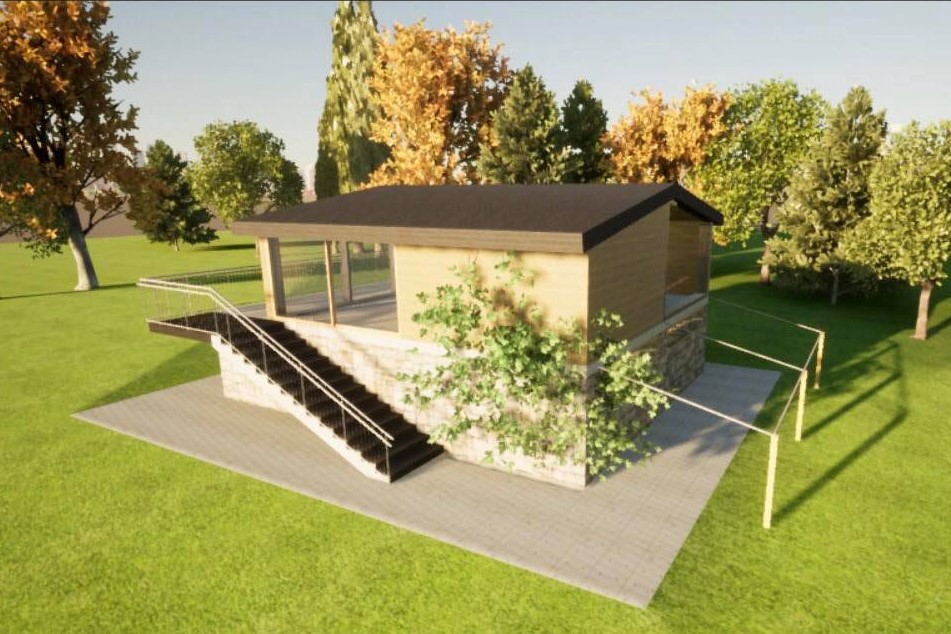 To guarantee the occupants that the house is theirs, we’re going to have a document that proves and ensures the Karaberd house cannot be sold for the next 100 years.

Q: What happens when hundreds of people become occupants? Or what if someone wants to donate but not become an occupant?

A: We accept all kinds of donations to help us support and boost the project. Any amount is appreciated. The difference between that and the fixed $250 is this. When you donate the fixed amount, you get to live in the house as long as you want. But if you’re donating, let’s say, $50, you’re doing it because you believe in the cause. The fact that there are so many people believing in the Karaberd project means there’s so much room for growth in Armenia.

As for having hundreds of occupants, it’s not an impossible task. Since we’re targeting the diaspora, the chances of all the occupants being in the country on the same weekend is pretty low. The Karaberd house is a two-story building. The structure itself can accommodate up to 25 people. We’re also going to build five tent-like bedrooms around the building—glamping style—where up to 10 people can stay. So, basically, the house can have up to 35 occupants staying at the same time. There’s also going to be a calendar, where occupants get to select the days they’ll be staying there.

Q: What about maintenance? How is that going to be handled?

A: The occupants will have to pay an annual fee of $20 in order to compensate for broken items, pay the utilities, ensure cleanliness, and maintain the house on a regular basis, and everything in between.

Q: You mentioned Karaberd is a ghost town. What connection do you see in bringing diasporans here and developing the region?

A: The goal of this project is more than about getting people to own a village house. It’s to encourage them to come and spend time in towns and villages that rather go unnoticed. Especially after the war, with all the losses we suffered as a nation, we needed to do this now more than ever. We need to put Armenia under the spotlight again. And by Armenia, I don’t mean just Yerevan, Dilijan, and Tsakhkadzor. I mean every inch of our motherland.

How many times have you been to Vanadzor, and how many times have you even heard of Karaberd? We need to bring these places back to life. We want to build a community of people who take joy in being in the great outdoors, in the heart of nature, in Karaberd. And the simplest way to do that is to make sure people have a place to stay there at all times.

The best part about this entire project is a win-win situation. The occupants get to have a reason to visit a ghost town. Residents of Karaberd get to meet new people. You start buying produce from the villagers. You get motivated to start something new in the ghost town. You make friends with other occupants, come up with solutions, start a new partnership—the possibilities are endless. You can do all this and more by just becoming an occupant. And then, Karaberd will no longer be a ghost town. It’ll be the place you visit the second you land in Yerevan.

Q: What happens after you’re done completing the Karaberd house? Do you have future plans for other ghost towns?

A: Once we’ve completed the Karaberd house, we plan on scouting for other villages to implement similar projects there. As a result, we’ll motivate others to join us. You’ll have thousands of diasporans flocking to Armenia not just for weddings or an annual event, but to actually go to these places. Instead of having an overpopulated Yerevan, we’re taking people back to rural areas. Why have a developed capital city when you can have a fully developed nation?

Thanks to the Karaberd project, not only will we be shedding more light on these overlooked areas, but we're also encouraging people to go there and restore their former glory. We're building a community and putting these ghost towns in Armenia back on the map. We're making people look past major cities. There’s more to Armenia, and we’re showing it to our brothers and sisters.

Donating $250 to become an occupant is actually a great investment. You end up saving tons of money investing only $250 for a village home. Instead of spending thousands of dollars for Airbnbs, you pay once and stay there whenever. In the process, you're building a community along with other occupants and revitalizing these Armenian towns—all while enjoying a peaceful retreat in your new home.

Q: As a repat yourself, what would you tell people who want to join the project?

A: Joining the Karaberd project is one of the steps towards considering repatriation. And the best part about it is that you’re shifting the focus to different areas. You get to experience an unseen side of Armenia. You become motivated to start your own projects in these places. This is our country and it’s our duty to unite and work for the betterment of our nation. For the five of us, Karaberd is the beginning of our journey.