Armenian by Choice
Armenian By Choice: Liliana and Monica Condes from Colombia 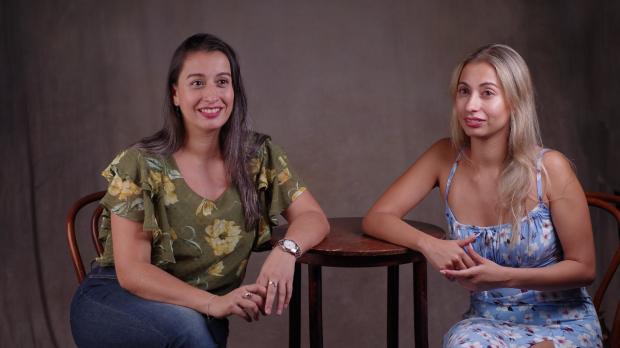 Meet Liliana and Monica Condes. Monica moved to Armenia in 2015, and her sister Liliana joined her a bit after.

“Why Armenia?”
Liliana Conde Usuga, 36 and her sister, Monica Maria Conde Usuga, 31, say this in unison when mentioning the most common question they’ve been asked since moving to Armenia. The two sisters moved from Colombia to Armenia for work, to develop their skillsets, and most importantly, to be together.
“When we mention we live here, they [locals] are like, why?”
But, for Liliana and Monica, who work in completely different sectors, there is one major reason: opportunity. After living in other countries including Brazil, Russia, and Australia, the sisters both found that Armenia presented them with a new environment for growth and developing their interests.
“The fact that there are so many things missing means that there are all these opportunities, you have a market,” Liliana explained when mentioning how she grew in her position in Armenia from the bottom up. As an IT specialist working in Customer Success, Liliana left a comfortable salary and senior level position to start from scratch in Yerevan but she says, “it’s all about being willing to start from zero” when it comes to moving here. “No one is saying it’s easy, it’s complicated, but it’s possible.” For Liliana, the journey certainly was not one without complications.
Liliana first came to Armenia to visit her sister, Monica, who owns a dance company in Yerevan. While for Monica, finding a job meant starting her own company, it was trickier for Liliana to jump into a developing field in Yerevan. “I worked at an Armenian company, it was very hard for me to adapt. The management ways of local Armenians are so old-fashioned and not inclusive. In Brazil, I worked with Brazilians and Europeans, all my experiences have been international. So, I was thinking, it’s not just me not being able to adapt.”
“Work is super important in Armenia,” Liliana explained. When she continued to be unhappy with her work life, she wanted to return to Colombia. “I spent 2 and a half years here and thought my time here is done. I felt I was missing something. I was planning to leave and quit my job.” 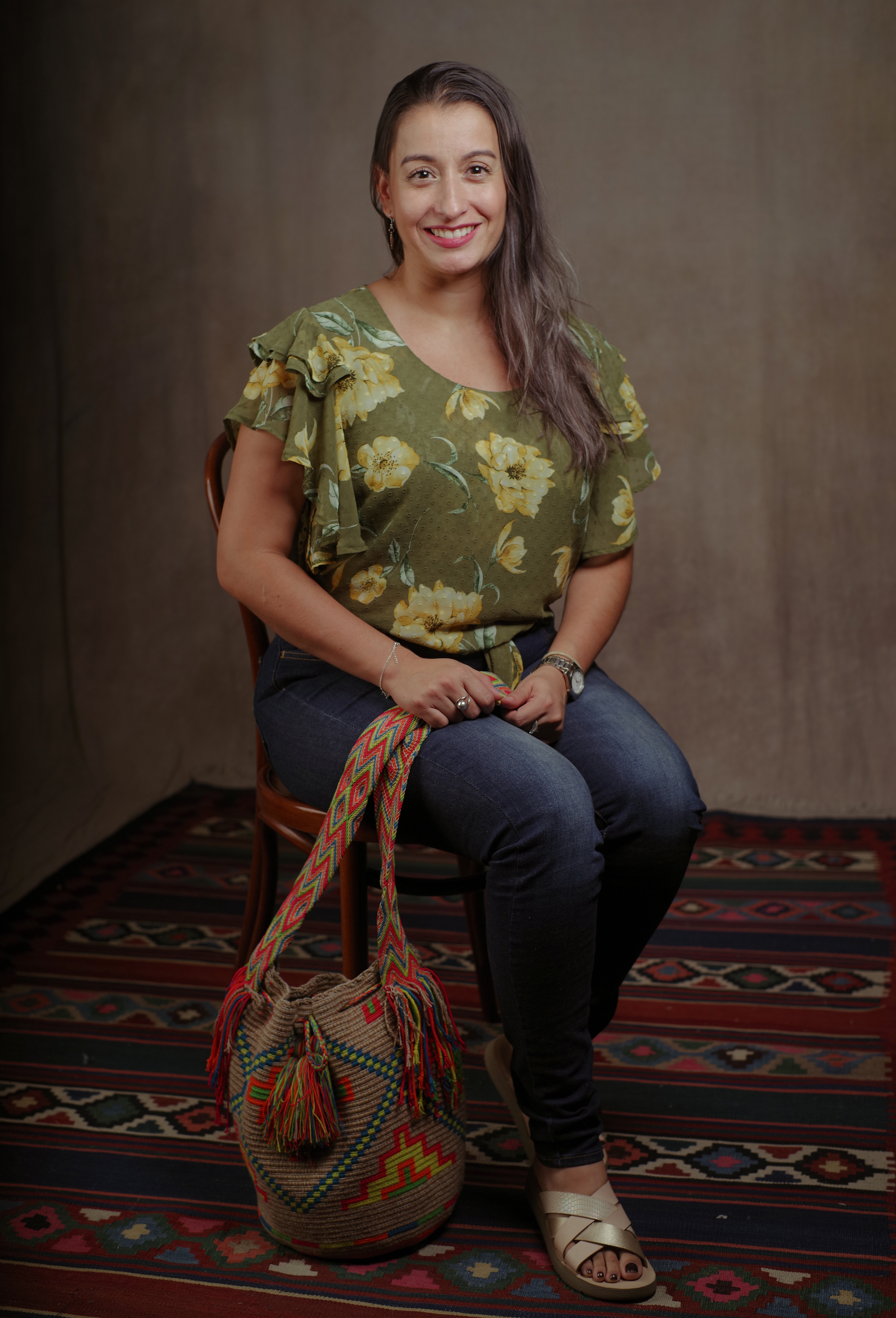 Fortunately, Liliana didn’t leave and doesn’t have any plans to in the near future. This all happened because she found a new job she loved. “Work changed my life here.” Liliana is now working for an American company, MentorcliQ, that offers her new opportunities, specifically a work environment that is more employee and customer centric, something she feels Armenia needs more of. If more companies offer this, Liliana believes “work in Armenia can be great.”

For Monica, Lilian’s older sister, the journey looks different. Monica first moved to Armenia alone before Liliana later joined her. When she told her family she was moving here, they were unfamiliar with the country. As Liliana said, “when she first told us she is moving to Armenia, we were like where?”

Monica came to Armenia six years ago and currently owns her own dance company, Salsa Viva, where she teaches salsa and bachata to mostly local Armenians. 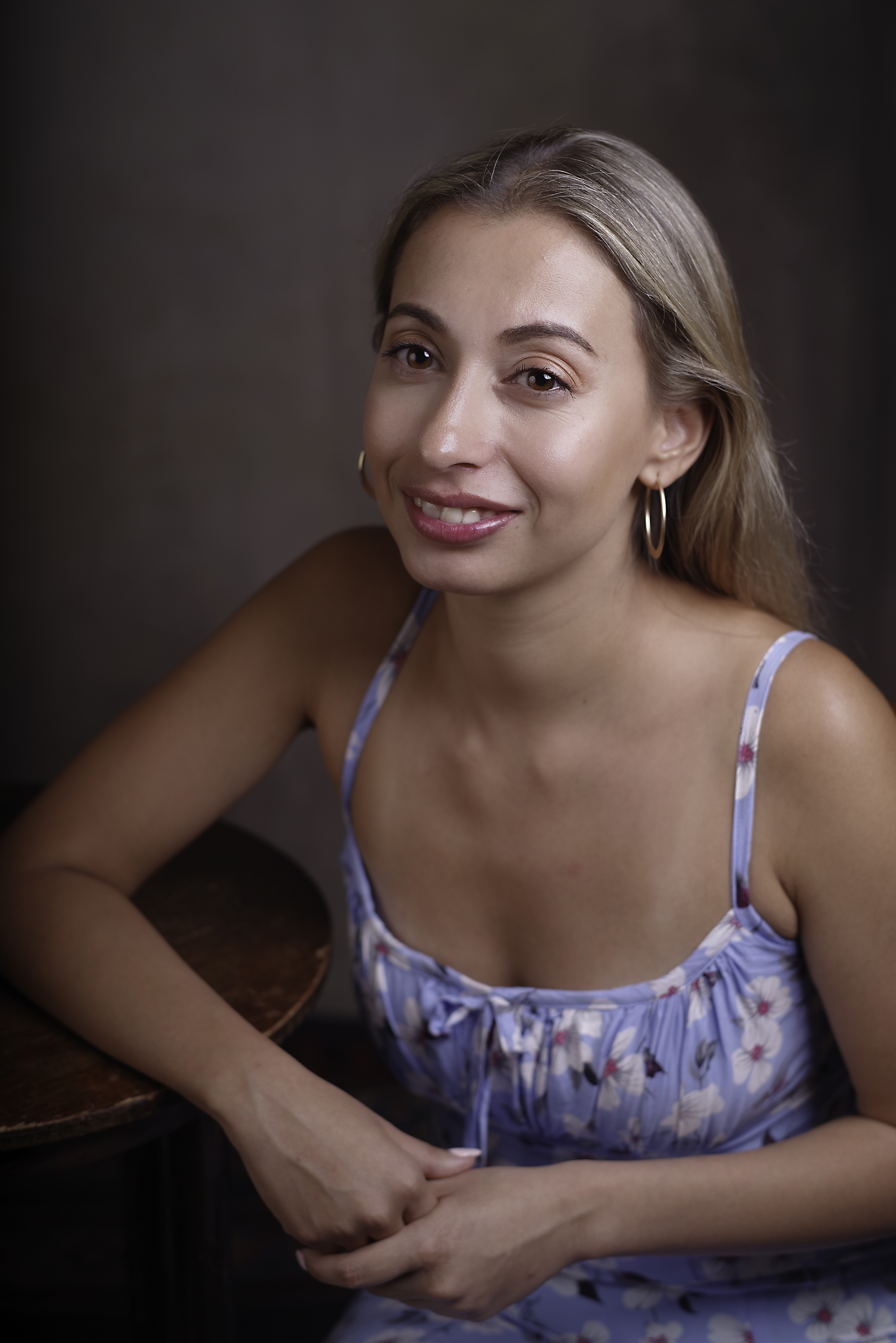 For both sisters, dance and music is at the heart of being Colombian but also how they connect to Armenian culture. “What I have noticed is that Armenians love music.” Monica realized that she can tap into what Armenians already know and enjoy to help expand their interests and encourage them to be more open to a new form of dance. While at first, Monica says it was scary and foreign for Armenians to move the way Latin Americans do, Monica’s talent at teaching is seen in how she meets people where they are at.

“Feet are the first thing in Armenian dance, so let’s start with that and connect with what you are used to. Let’s not go to hips first, hips will come eventually. So, I understand that my way of teaching needs to adapt to Armenian culture.”

Monica says that even in the last few years of living here, she noticed a change and openness from Armenians to learn about different cultures. “One of the most important things I learned about Armenian culture is that people here want to be part of something. The sense of community is so important. So, I was like, ‘Okay, this is not about dancing, this is about belonging to a community.’” Monica found a market that was missing here and has now become an integral part of the Yerevan community.

A sense of community was also important for Monica and Liliana when deciding what neighborhood to move to in Yerevan. While living in the City Center, both sisters noticed that there was an influx of people coming and going as it was a popular area to rent an apartment but not so much for getting to know your neighbors and building trust. Now, they are living in Kond and are finding much more similarities to their Colombian culture of hospitability and are able to tap into their own extroverted personalities to meet people.

“I know each of my neighbors, they always say hello in the streets.” Liliana says her neighbors in City Center would never say hello but now she even gets offered kompote from locals. ‘Lili jan, do you want kompote?” And I give them wine, so we share this kind of things. We connect that to Colombia, in Colombia you know every single neighbor.”

Today, Monica and Liliana are building a full life in Yerevan. By bringing their own Colombian culture to the city, they have become a part of the growing diversity in Yerevan which we have already seen as a result of Lebanese and Syrian Armenians expats and repats in the recent years. And for those who are not familiar with the Armenian language or culture, Monica and Liliana note that the English language is important here for building social networks and finding a job.

“We do have local friends but English is something in common because we cannot communicate in Armenian,” said Liliana. This can be a start to integrate into the community and later improve on Armenian speaking skills through new friends, coworkers or even the tatiks in your neighborhood, as the case for Liliana and Monica.

While Armenia was once a place the sisters may not have heard about, they brought their skills and joyous, heart-warming Colombian personalities to the country and with time, gained a second home in return.

“I cannot leave, I have such a huge love for this community. I don’t see my life without it.”

So, for Liliana and Monica, coming to Armenia was never about asking, “Why Armenia?” but instead, “Why not?”