Repat Armenia talked to Artashes Margaryan, who is the founder and CEO of Code-Bridge CJSC in Armenia. Code Bridge company is an Armenian based IT company.
After 23 years of living in Germany, Artashes visited Armenia for the first time in 2015, leading to his move a few months afterwards. He speaks German, English, Armenian and a bit of Russian, with an MBA from Germany and years of business experience under his belt. He was 19 years old when he first started his own little business with friends in Frankfurt-am Main in the finance and real estate management field, enlarging as time went by. Closing his business in order to pursue new opportunities would allow him to make the choice to move. It was quite the logical one that he made. “I’m a patriot, but not so much so that it was the only reason for me to move to Armenia.” 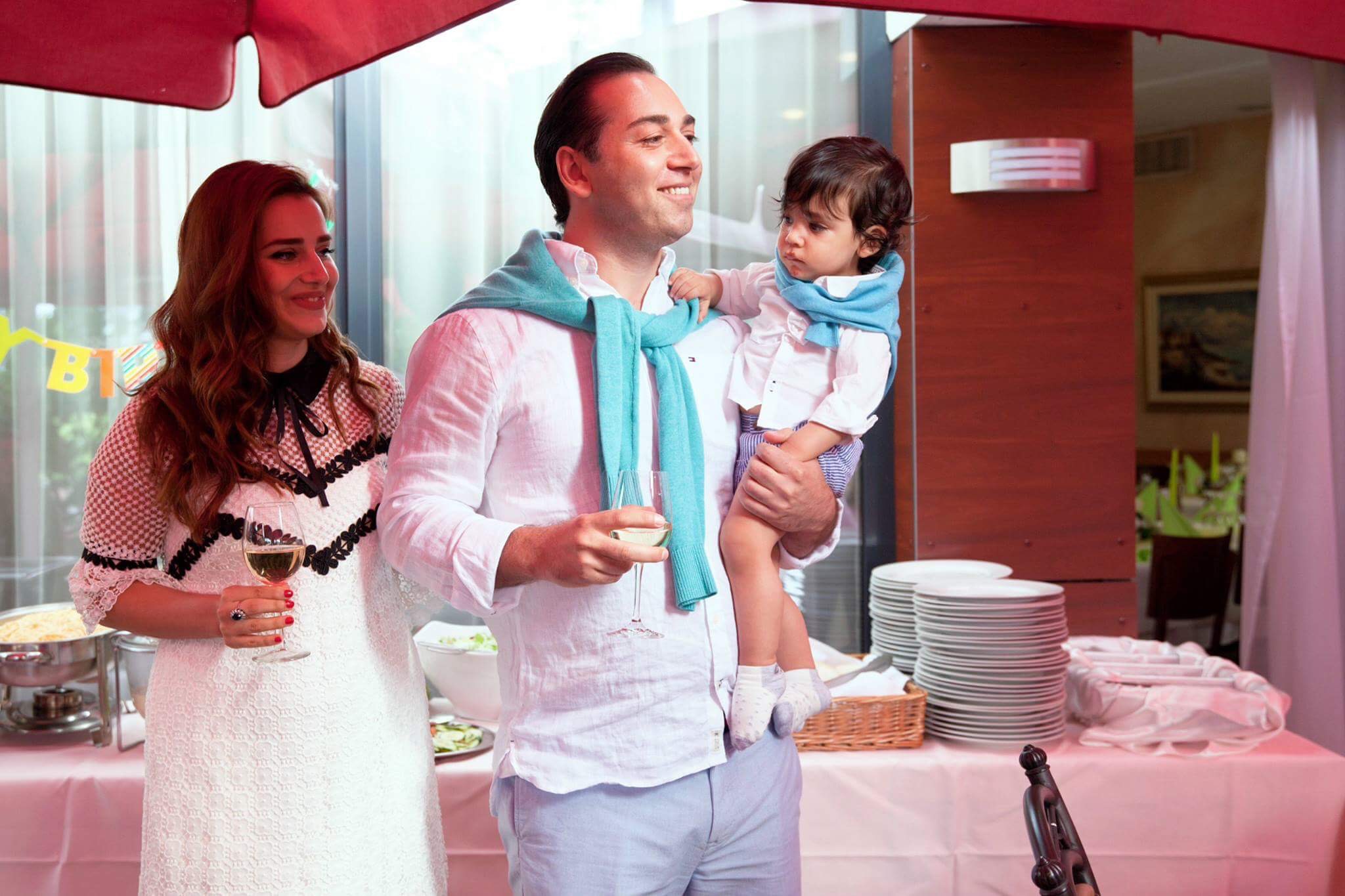 RETURN TO THE HOMELAND

After leaving Armenia for Germany at the tender age of nine, it would be 23 years before Artashes would step foot back onto his native soil. While he might not have visited in that time period, he had certainly kept up the connection with his country but not intensively. He read the news and listened to stories told by others, but that more or less where the connection ended. Upon arriving in Armenia, it would become clear to him that he could certainly enjoy living here, having had his negative expectations quashed during his initial visit. Artashes has expected the worst when he arrived based on all that he had heard from those around him. “You have a very negative impression of Armenia if you do not come and see it for yourself. The good thing is that I do not normally make decisions based on another’s thoughts and opinions.” He preferred to come and see for himself what it was really like.

"From all that was described by others, it felt like a place out of a horror film. You would go and not know what the outcome would be. That has nothing to do with reality. I think that is more people’s justification mechanism, stating that ‘Armenia is so bad that we had no other option but to flee."

People have a tendency to place blame instead of trying to resolve a problem within themselves. Those leaving can be classified into multiple categories as well, from the lazy to the hardworking, the criminal to the honest breadwinner. “I do not understand why, but those coming to Europe are willing to do anything to get up on their feet, including quite a few things they would never do in Armenia. By arriving in Europe as refugees, they will not automatically receive management positions. On the contrary, many start off as menial laborers or janitors.” According to Artashes, each country has its problems and its positive points. Whereas Europe will not allow you to die of hunger, Armenia lacks in the social assistance. But there are so many other things to consider as well. No place on earth can be considered perfect.
As such, the decision to move would become a logical choice stemming from free will. His visit would really make the difference. He remembered much from his childhood, of course, but things appeared smaller than they had seemed back then. Furthermore, he did not feel at home immediately from the start as many other repats might, since it would require a lot more in terms of friends, family and a community to belong to for that to occur. It took returning to Germany for him to truly grasp the concept that as an Armenian, he had a country, a place that belonged to him. “Something had sparked in me that I had not felt or thought of before. I am a German citizen, raised in Germany, but I felt bolder, stronger. It is a great thing when you have a country and understand the value of its existence. That is a very important feeling.” And so, the decision would quickly be set into motion.
Here were many reasons to uproot himself and establish in his homeland. Artashes found it logical to move because his wife is from Armenia as well. He saw her first on TV as a hostess, began a relationship and decided to meet in Armenia. That would be in 2015. “She’s not one of those people who was enthralled by the idea of living in Europe, having visited many times, and capable of making logical decisions by weighing the pros and cons of everything around her. She was not into the idea of moving away from Armenia.” Love certainly factored into the equation. But that was not the whole of it. “I wanted to come and live and see what life here was really like. As a tourist, it is interesting but after three weeks you might tire and want to move on. I wanted to experience what a citizen of the country would. I decided that I would come and try it out.” As often seen with repatriates, most of the family was against it. Why would someone who had created such a name for himself, who had reached such heights and was well-established with so much potential want to leave and live in “that Armenia.”

Here also came into play the decision of whether or not he wanted to become a true diasporan. “Those who leave Armenia become half diasporan; their children are mostly diasporan, and their children after that are fully so. Whereas in the past, the diaspora was forced onto us, these days it is a conscious choice. I decided to try not to become part of this diaspora and it was my own decision to come back. Everything was quite rational on my part.” The connection with Germany is kept, of course, but if he could develop something here, to provide his skills, to help in any way, he would be perfectly happy to do so. 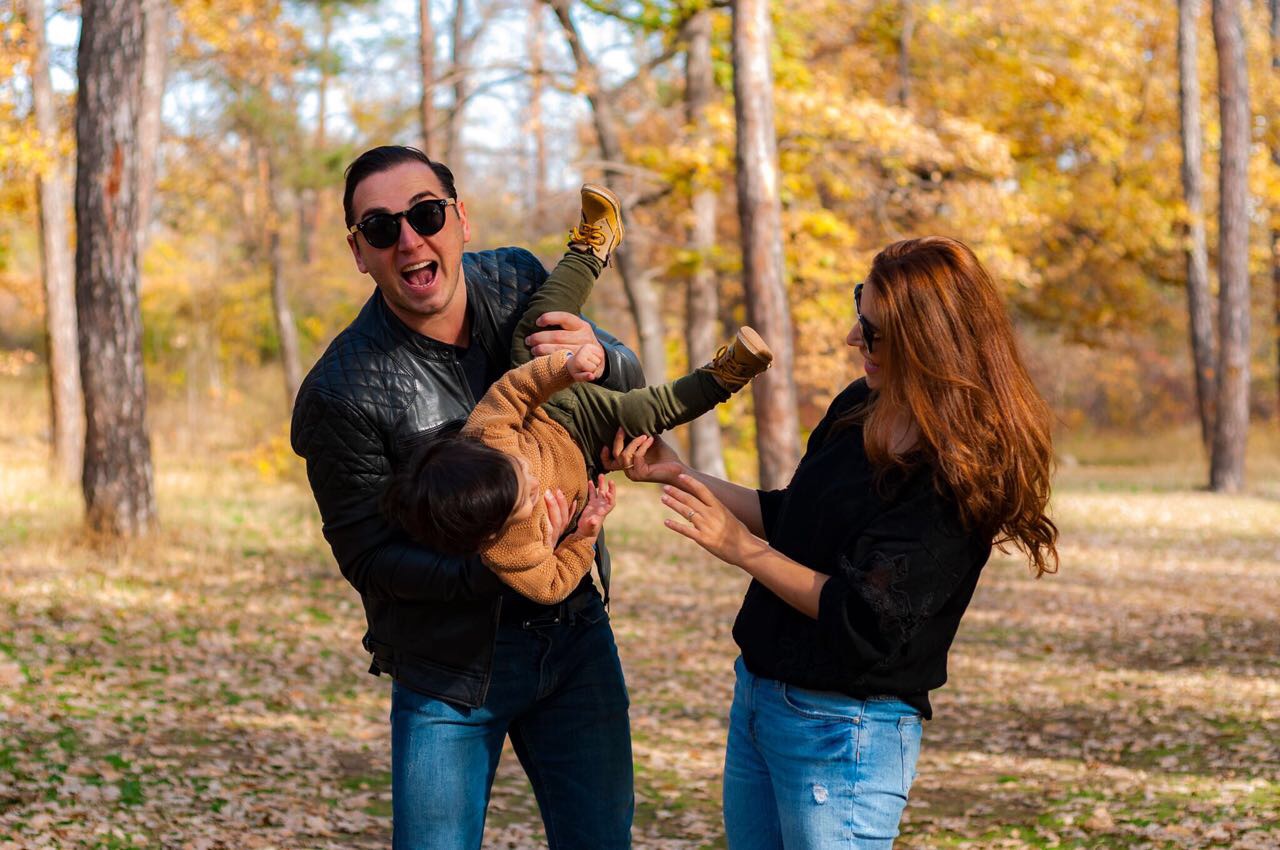 AN ABUNDANCE OF OPPORTUNITIES

Founder of the Code Bridge company, Artashes is trying to bring software projects to Armenia, where the price is definitely more affordable but the quality is on par. Germany is in constant need of good programmers, talents that Artashes can help provide. There is so much potential here and many opportunities one can explore. Setting up the company was extremely easy in his experience, even without his presence being a necessity. It was a pleasant surprise from all accounts. “I was constantly told that ‘they will not allow you to work, they will cause you problems,’ etc. No one ever said who. No one gave examples. My mother won’t allow me? My friends? It is a myth that has nothing to do with reality.” That is not the mentality of a winner, and unfortunately too commonly believed in the diaspora. The challenges exist, of course, but the chances available and the opportunities you can grasp onto are also there in abundance. One must simply approach things with a business mindset and look for the potential that would bring you success.
When asked about the problems he sees and the solutions to accompany them, Artashes is adamant about one thing – “Most of the problems can be solved if people were only a little more mindful, attentive and considerate. People here are often a little too apathetic and indifferent, unconcerned both about their environment and themselves. Most seem to be waiting for something to happen.” Recent developments have shown that instead of waiting, when people stand up for their rights, so much about their lives can be changed. The process has already begun with the Velvet revolution, and according to Artashes, it will be most crucial not to allow the euphoria to morph into disappointment. Instead of being passive, it is important to know one’s rights and demand their protection instead of assuming the worst.

" The last month has been crucial in teaching us that if we are aware of our rights, if we protect those rights ourselves, everything can be solved. The problems here are often purely based on the psychological, putting too much emphasis on governing parties, and always placing blame. We must develop a law-abiding culture that is unafraid of taking its grievances to the appropriate bodies in charge. "

As advice to newcomers, particularly from Western nations, Artashes states that instead of trying to act like the locals in terms of employment and business, do as you have done in the country you have come from. Bring over all the values you have loved about that place. Do not do that which you have not done before. It will only cause you problems. “If you have worked over 8h a day, do the same here; if you have paid your taxes on time, do the same here; if you have contacted the appropriate authorities to receive the green light to get something done, do the same here.” If you end up following the law in everything, as well as defending your rights, you will not come across many problems. Do not expect there to be special allowances in Armenia because of your status, nor expect more than you would receive lawfully in any other country. Furthermore, only employ those who are truly masters of their trade instead of family and friends who are not exactly experienced in your business. It will prevent many undue problems.

THE FUTURE OF ARMENIA

When asked about how he sees Armenia in the coming decade or two, Artashes responds with an exuberant “interesting.” With so many Armenians and non-Armenians coming from all over the world, repatriating or migrating, bringing their adopted cultures along with them, things will only become all the more interesting in the years to come. It will be a developed and developing country in one, striving to create the new, to invent and reinvent. Armenia will become a center for scientific advancement and technological know-how, constantly developing and evolving. Each individual from the diaspora should come and see the real Armenia before a decision is made. There is much to do, to support, to help in the improvement. The sectors are developing and one can always find the right field to enter and thrive in.
Those coming to Armenia should have mastery in a certain field, with a certain level of education, striving to become the best in a single area. As for a more humorous twist on why anyone should move, “Armenia’s seasons and nature are worth so much. Living in a constantly developing country with the added bonus of over 300 days of sunshine certainly is a plus.” At the end of the day, Artashes sees his son’s future in Armenia, amidst the diversity brought in by each repatriate.
Interview by Rima Yeghiazarian
Written by Tamar Najarian