Armenian by Choice
Making It In Armenia: The Tourist

On the first morning I woke up after only a few hours of sleep. I knew everything had still not hit me. When I decided to get up I remember it feeling strange that I had to think about where I should go sit. This was a common trait of the tourist phase. Everything was new. It was not just about the big things like the new scenery and the language being spoken.

Little things like the placement of light switches felt foreign. I was fairly sick for a week which kept me from being too adventurous. Not leaving Tairov for the first few days was a bit of a blessing in disguise. This allowed me to interact with my host family and their relatives in a unique way, and to learn about the place where I was staying. I felt like I was seeing a real view of Armenian life, both the good and the bad.

Another defining characteristic of this phase for me was silence. Often my host family was concerned that I was not enjoying myself because I was so quiet. I was just trying to take everything in. I wanted to pay attention to what was in front of me. Walking through the streets became mentally demanding because I had so much to process. One thing I miss from this time was how much I appreciated every small detail of my surroundings.

Ani and I ventured out without her parents a few times and I started to get nervous. Even for Ani, who had been in Armenia before and spoke Armenian well, things were sometimes challenging. I could tell I was becoming dependent on her to help guide me and especially to translate. I was not sure how I was going to be able to do it on my own.

After two weeks I took a taxi alone for the first time. My host family was worried. I was trying to pretend like I was not. I struggled to even leave the driveway because the driver could not understand “opera” with my English pronunciation. Fortunately the rest of the ride went smoothly. I sat on the steps near the cafes while waiting for my friend and looked out into the crowd of people. There was nothing particularly special about this moment, but it led me to a significant discovery.

Seeing everyone out having fun, relaxing with their friends, and just being regular people made me realize no matter how lost I was or if something happened to me, I could always flag down a taxi, say Tairov, and go home. I was still plenty scared, but I knew I would be safe here. A few days later, with my newfound confidence, I walked from near Arabkir to Erebuni. The drastic differences I saw throughout that walk were astonishing. 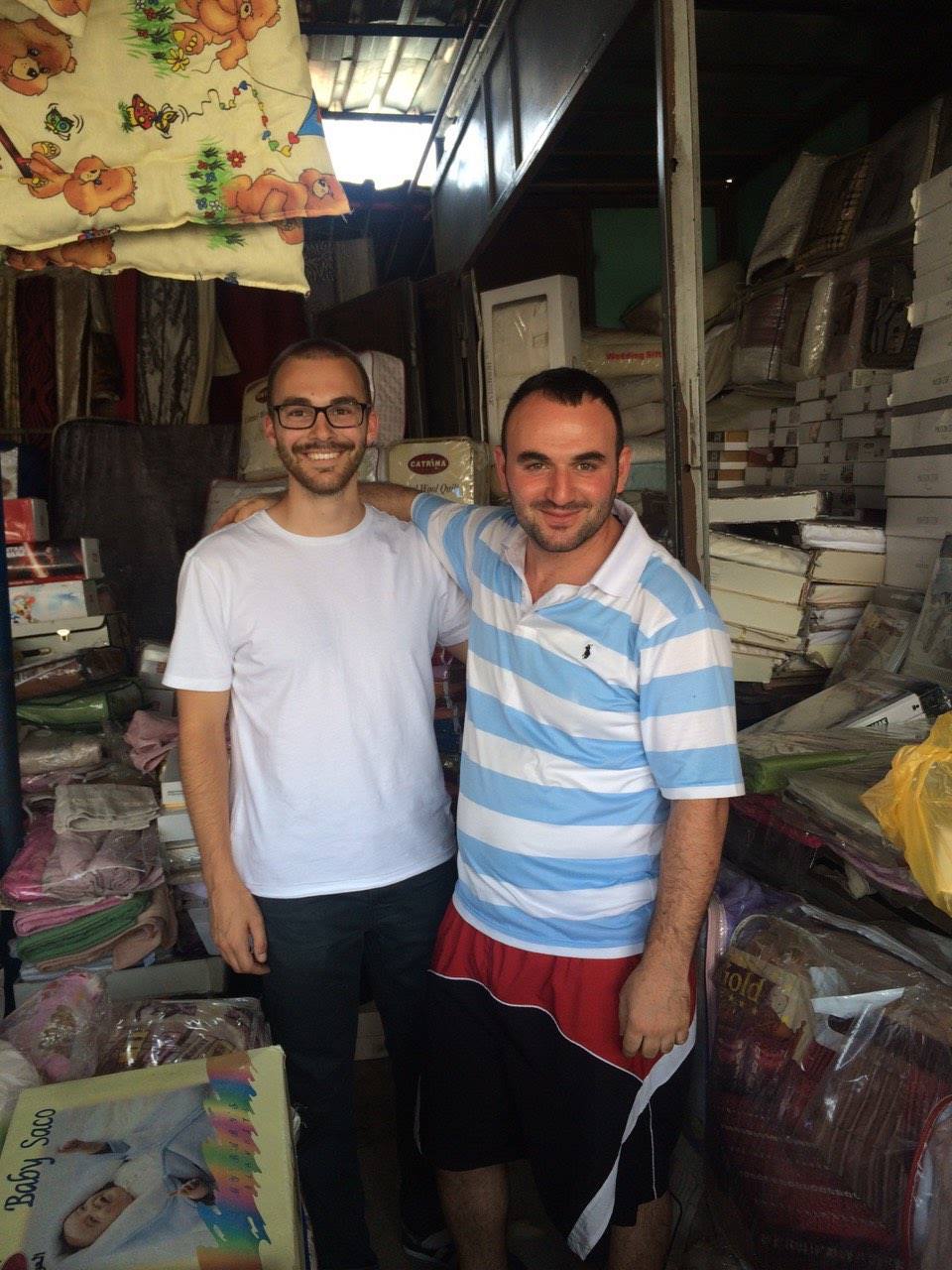 I was often out of place and the people around me were not shy about telling me that with their eyes. Even then it was confusion and not anger or aggression that was being sent my way. This was the first time Yerevan became my city. I was much more willing to go out, take risks, and engage with people. I started turning off my phone and only allowing myself to ask people on the street for directions if I got lost. I was learning how to live here.

Around my third week the tourist phase started to end when I decided to move into my own apartment. Again, my host family took care of everything for me and the process was painless. It was not that I stopped doing touristy things once I was in my new apartment, but this marked the transition of when the move started to become real. All of those small responsibilites were pushed onto me again. I had lived on my own before, but in Armenia it was going to be different.

These weeks were the easiest time in my transition. It was full of fun, excitement, and exploration. I wish I had more to say about this phase, but it is still difficult to find words because I was so overwhelmed. At the same time some of my favorite memories have come from this period because I was just letting everything happen and figuring it out as I went. I want to share a few of those stories with you.

I needed to take a taxi to Republic Square. I hopped in a cab and said "Republic Square." Blank stare from the driver. I try to add my best Armenian accent to it. Nothing. I have no idea what the word is in Armenian, so I tell him կենտրոն and we head towards the city. I try to think of some way to explain where I need to go. The only thing I remember is the fountain. I don't know the word for fountain...but I do know water. While motioning with my hands to simulate the water show of the fountain I tell the guy մեծ ջուր (big water). I know he made fun of me that night when he got home, but hey, I made it to Republic Square.

One evening I mentioned to Ani that I needed a haircut. She told her dad and he's said let's go. So at 11:30pm we walked to Gago's house and I got a haircut from the village barber. We weren’t the only ones waiting either.

I was taking a taxi into Yerevan. The driver starts chatting with me and asking a bunch of questions. He takes a sip of water, looks over, and asks “have you tried Bjni?” I hadn’t and he could not believe it. He reaches in the back seat and pulls out a fresh bottle. Then he reaches into the glove compartment and pulls out a plastic cup. I know what you’re thinking, don’t worry. He used some of the Bjni to rinse the cup before he poured my glass. He hands it to me and tells me to drink. I take a small sip, but he was not satisfied by this. Again he tells me to drink and he tosses a bag of sweets on my lap and tells me to eat them as well.

I needed to buy things for my new apartment, so my host family took me to Bangladesh. The most exciting purchase by far was my bedding. When I walked up to the first woman her eyes got wide and filled with dollar signs. She started showing us what she had available. I thought my request was pretty simple. I was looking for a solid colored set of sheets and a blanket. This was rather confusing for the woman. It was then that I learned in Armenia they only sell bedding for thirteen year old girls and grandmas. It took a lot of back and forth for her to understand I did not want sheets with pink and purple flowers. After looking at every single box she had, we met Styopa. Again we started ripping through boxes.

Keep in mind that this was early July. My host mom and Styopa are talking while Ani is translating to me and relaying my opinions back to both of them. Occasionally I would toss in a little Armenian, so at one point all three of us were talking to poor Styopa. He looks at us and begs, “Guys, can only one of you talk at a time? It is so hot that my head is going to explode.” We never found solid colored sheets, but we worked it out with Styopa and took this picture to remember our time together.

If you are enjoying my series I encourage you to check out Radio Van’s Homesick At Home. You can find many more people sharing their stories about life in Armenia.
This is part two of the series. If you missed the first article you can find it here