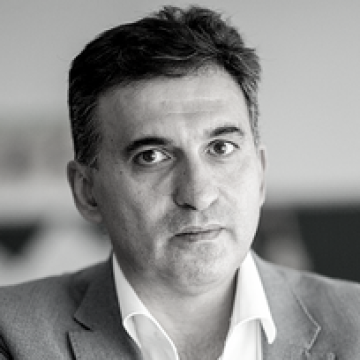 Artashes Shirikyan
Board Member
Artashes Shirikyan is General Director and Founder of Ark Media Publishing House (based in Moscow and Berlin). He also serves on the boards of Puro Noble trade company and Elenex, whose main business is the construction and exploitation of hydro power stations in Armenia.

Active in a variety of Armenian causes and organizations, Artashes joined the Western Armenian National Congress in the early 2000’s and is now member of the Governing Council of this Congress.  He is member of Ayb and “5165” clubs.

Artashes is a graduate of the Faculty of Mathematics of Moscow State University in 1988, and received his PhD from the same department, specializing in differential equations. He is married, has two children and splits his time between Yerevan and Moscow.
Share with your friends