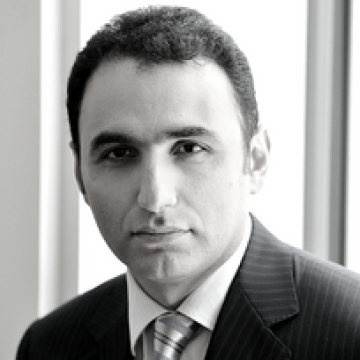 Avetik Chalabyan
Board Member
Avetik Chalabyan is currently a senior partner in the Moscow office of McKinsey&Company. Since joining McKinsey in 2001, he has advised leading domestic and multinational companies in metals, mining, heavy machinery and petroleum sectors across a broad spectrum of high-profile topics. He currently leads McKinsey’s Metallurgical practice globally, and a broader Heavy Industries practice in Russia/CIS. Avetik has also extensively advised various CIS governments on economic reforms and industrial development. Previously Avetik worked at Salomon Smith Barney in New York, and served as the Head of WTO Affairs department at the Ministry of Economic Development of Armenia.

Passionate about transforming Armenia into an advanced nation, Avetik has joined the National Competitive Council of Armenia in 2008, and supported the Government and respective industry associations of Armenia in developing modern industrial and tourism sectors of the country. Avetik was one of the original founders of the “5165” Club, which brings together progressive Armenian professionals from various fields with a common vision of building a strong nation and healthy society. With a view of advancing various initiatives within this broader vision, Avetik became one of the original founders of Repat Armenia Foundation in 2012, and co-founded Arar Foundation in 2014, where he currently serves as the Chairman of Board and focuses on several critical challenges facing Armenia. Avetik is also one of the early supporters of the now famous “Ayb” initiative, which aims at modernizing Armenian high school education.

Avetik graduated from Yerevan State University with Diploma in Physics in 1994, and received his MBA from the University of North Carolina in 2001, both with highest distinction. He is married with 3 children, and shares his time between Moscow and Yerevan.
Share with your friends