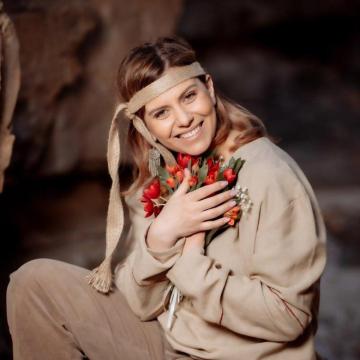 Elena Akopyan
President of "Hurry to Good" Charitable Foundation
Elena Akopyan is an active Diasporan Armenian from Moscow. She moved to Russia with her parents in 1998 when she was 10 years old. Elena's education background is in Marketing, however, she has been working in Sales since her early university years.  Elena started doing charity projects in 2007, and in 2015 she joined the "Hurry to Good" Charitable Fund. Later, she became the Fund's president.
The main direction of the fund is to support seriously ill children. They provide the organization of medical care and treatment support. It is not only the payment of medical expenses but also the organization of flights, accommodation, negotiations with doctors, accompanying the child until discharge, and return flight home. They also regularly visit low-income families several times annually and distribute humanitarian aid.
They also have the project called Become a Santa, when children from border villages write about their wishes to Santa Claus without the participation of their parents, and their dreams come true. They were able to reach over 700 children in 2021. The second project is the preparation of children from underprivileged families for school.
Share with your friends