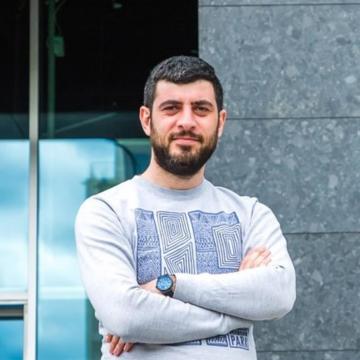 Georgi Kevorkov
Founder and Editor-in-Chief of the Armenian Global Community
Georgi has been engaged in social activities targeted at Armenia's development since 2008.
He led the youth movement of the Armenian community in Belarus, organized various events, including the festival of Armenian youth Miasin, Armenian football league in Belarus, the annual baptisms of the Armenian Apostolic Church in Minsk and others.
Georgi is an ambassador of the VIVA Charitable Foundation (Doctors and Volunteers of Armenia) and one of the founders of the Miasin Charitable Foundation (Minsk), which has a branch in Armenia.
He is the editor-in-chief of the Armenian Global Community project and co-founder of tunmun.am.
Share with your friends